Comprehensive Performance Review Sony Xperia Miro ST23i. Smartphones today are not only loved by established adults, but young people also want to use it. Sony answered by making a smartphone with a fairly low budget. Prioritize social media features, Sony Xperia Miro is probably the answer.

A design like another Xperia models, Miro distinguishes itself with a slight accent in the metal curves form below all three capacitive buttons. With dimensions that fit for youth grip, Miro fairly comfortable, well-used with one or two hands. Miro is very accommodating to young people’s activities.

With a notification light in between the 3 buttons below the touch-screen (back, home and menu), making users will not miss any form of communication. The lamp was able to illuminate when users get the missed calls, Facebook notifications, or when the phone needs to charge the battery.

Using a plastic material, Miro comes with a 3.5mm audio jack port and a power button/screen lock at the top. The volume buttons are on the right and a micro-USB port on the left.

3.5-inch widescreen with a standard HVGA (320 x 480 pixels) with 16 million colors depth, making Miro looks more alive. Not only that, but the display systems are also still comfortable to use either indoors or outdoors. Unfortunately, Miro is not equipped with a light sensor, so users have to adjust the screen brightness through the menu settings.

Miro comes with Android ICS OS with an extra Timescape interface version 4.0. The Home-screen section has 5 panels with 5 icons on the dock at the bottom of the screen. Unless the icons to get to the main menu which located in the middle, you can change all icons on this dock as you like.

With this interface, it is very similar to the other Xperia series. The difference is the recent apps display that appears when users hold the home button, now changed just like task manager built-ICS, which the user can move any running applications by tapping one of them or turn off any running application process by sliding sideways.

As phones that cater to youth, Miro Facebook includes features that have been integrated with the Xperia interface. That way, the phone will connect to Facebook more seamlessly. Besides, like the other phones that have a Facebook application inside, you can see your Facebook friend’s birthdays on a calendar feature and of course see the contact list of friends on the phone.

What is different is that you can not only monitor the latest updates from friends via the Timescape widget, but you can also see a collection of photos you have directly from the gallery. And another great, you can view music or videos recommended by your friends on Facebook through its Walkman music player. It does not exist in the other Xperia. This feature reinforces the position of Miro as a social media smartphone.

Miro also has an attractive gallery of Xperia standards, which could say even more attractive. How not, you can access them from the application list in the main menu with the album name. In it, this feature has three main tabs, respectively Pictures, Map and Online.

Options “Picture” featuring a collection of image creation month based, while the tab “Map” will display photos tagged with geo information on a map based on where the photo was taken. And lastly, the Online tab will display your collection in several online accounts such as Facebook, Picasa, Dropbox, and so on. Isn’t this cool …?

Rely on social media, it does not mean forgetting performance. Since Miro uses better specs compared to other phones in its class. Although not using Dual-core processors but with the speed of the processor, RAM, and GPU which used, Miro still able to run OS and all applications smoothly. Unfortunately, for 4GB internal memory, Miro only provides 2GB of space for storing data used by users.

But users do not need to worry because it can be added using an extra microSD memory cards. But you know you have to buy it again because it is not given for free in the sales package.

The browser is quite comfortable to use, specially equipped with the “Save for offline reading” where users can save articles from a site to read later.

What is interesting is the micro-USB slot connections commonly used for charging or connecting the mobile phone to the computer also supports USB On The Go technology, so users can enable this phone to read Data on other storage media such as flash by directly connecting it to the phone, of course, with help of special cables that are not available in the sales package.

There are also features incognito tabs that can be used to browse without worrying about privacy issues because the browser will not store data such as History, tracking cookies, form autofill, and the like.

The resolution 5 MP camera is quite satisfactory. Since it will also include a variety of fascinating features such as touch focus, scene modes 6 options, as well as taking sweep panorama mode that will be very useful to capture the views of the user’s favorite tourist location.

As evidence Xperia Miro’s performance, we conducted some benchmark tests using the two most popular benchmark applications. As a result, using the Quadrant application, Miro got a 1670 score, while the 2889 score showed by Antutu. Compare with competitors, Desire C, which scored 1271 and 2263.

Rely on Social media, Miro fairly successful thanks to the “Facebook inside Xperia”. With affordable prices among young people, that might be a threat to its class competitors. Not just social media features fairly competent, other features like cameras, music players, and the design also can not be underestimated.

You can check our store if you are interested to buy this new Review Sony Xperia Miro ST23i, Smartphone Youths, Rely on Social Media with great deals and other parts accessories there. You can also click the Shop Now button below to buy it from external vendors.

Rely on Social media, Miro fairly successful thanks to the "Facebook inside Xperia". With affordable prices among young people, that might be a threat to its class competitors. Not just social media features fairly competent, other features like cameras, music players, and the design also can not be underestimated.Shop Now 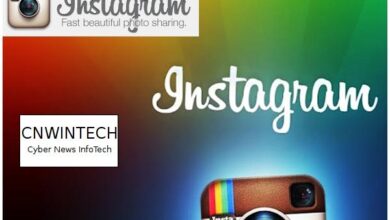 Rely on Social media, Miro fairly successful thanks to the "Facebook inside Xperia". With affordable prices among young people, that might be a threat to its class competitors. Not just social media features fairly competent, other features like cameras, music players, and the design also can not be underestimated.