There is no doubt that technology has changed the world. In many ways, it has helped make life better, although some people may argue it has also caused trouble. Libraries may be in the group who feels technology has its good and bad points because they have seen how great it can be, while also experiencing some blows due to it.

One of the ways technology has been a real blessing to libraries is through computerizing card catalogs. While this initially caused a lot of work for the poor library workers, it has made using the library so much easier for patrons and staff. When someone needs to find a book, all it takes is little typing and they have the location. Librarians can also easily manage inventory. In addition, checking books in and out can now be done with scanners and bar codes. This makes things much quicker and involves less time than old methods.

Technology also allowed libraries to become more helpful to patrons. They were able to install computers and internet for public use. In many cases, the local library became the only place internet access was available for some communities. This allowed the library to become a great hub for the community and a gateway to people learning about all the internet has to offer.

The biggest negative impact technology has had on libraries is the growth of digital books. In the beginning, libraries weren’t really ready to go up against the number of people who were forgoing traditional books for their digital counterparts. However, this problem was quickly addressed. Today, libraries aren’t fighting against digital books, they are in the business of digital books. Many libraries have online digital collections where patrons can borrow books just like they would traditionally.

Furthermore, libraries are embracing the love people have to for “real” books. They offer something digital books can’t, which means they aren’t likely to see too big of a drop in borrowers.
Technology has also brought about the concern of cyber security that has added a new dimension to library management. As explained by MVU Online, cyber threats are real and something every business should keep on top of. This has meant some new expenses and possibly new staff for some libraries in order to protect their IT systems. 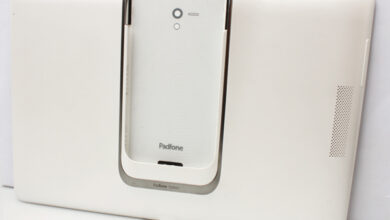 What Should You Look For In A Thin Film Company?