The Review HTC One S. HTC brings one more family member HTC One, namely HTC One S. Caste phone located between HTC One X and One V that was already present. One S offers elegant design and is the thinnest smartphone made by this Taiwanese vendors. Not only that, even if equipped with a dual-core processor, the performance of One S claimed can compete with quad-core. Really?

One S is available in two options called HTC with ultra-matte black and gray gradient. Although using aluminum, One S still light, even lighter than the Galaxy S II that uses plastic materials. One S also has a thickness only 7.8 mm, so awesome.

Slightly different from the One X which also uses the concept of an unibody, One S has a little plastic panel in the rear body up and down.

The panel plastic also serves as a top cover access to micro SIM slot antenna elements as well as a place fitted, the right choice to avoid the death grip problem.

HTC One S uses the screen size and resolution are the same as those owned by Sensation XE. But this time HTC chose to use AMOLED panel rather than S LCD like Sensation XE.

Screen with panel, size and resolution really same once CnwinTech find on the Motorola Razr XT910. And of course the qualities of both balanced by a bright image display, having good contrast and color and wide viewing angles.

As usual, HTC Sense UI customization done enough in the Ice Cream Sandwich-owned One S. For example, the latest version of Sense is not using virtual buttons on screen controls but still use capacitive physical buttons with the same combination as the typical ICS virtual buttons (Back, Home and Task switcher). Active Lockscreen Option feature typical HTC has now grown to 8 pieces in One S.

Such as the One X, placed at the bottom of the screen with 5 icons dock, 4 of them can be personalized with other applications or even a folder containing multiple application shortcut if needed, while the icon is placed in the middle can not be changed and used to go to the main menu (app drawer).

The latest generation Snapdragon chipset used One S reportedly have performance that able to offset the performance of its main competitor NVIDIA Tegra 3 which incidentally has a number of core processors doubled. For more details, CnwinTech will certainly conduct benchmark testing that you can see in a separate section.

One S does not have a microSD slot to expand the memory storage area with an external, but internal memory capacity 16 GB seems to have been able to meet the majority needs of users in One S.

When connected to a computer, the user will be offered a selection of menus which are only for battery charging, mass storage mode, HTC Sync, USB tethering (using One S as a modem to connect to internet via a PC) and Internet pass through (One S using a connection to internet owned by PC), the two options mentioned earlier has a large icon for being the most commonly used.

One S is equipped with a micro USB port capability MHL (Mobile High-Definition Link) with a special cable means you can connect One S to HDTV display or HD monitor, unfortunately the cable is not included in the sales package.

Browser One S has a number of interesting features, one of which, “Saved” where users can save articles from a site to read later, or a video to play when having more leisure time.

There are also features incognito tabs that can be used to browse without worrying about privacy issues because the browser will not store data such as History, tracking cookies, form autofill, and the like.

As well as some HTC smartphones that emerged later, One S also comes with Beats Audio technology that can be enjoyed while running a music player or playing a video. Unfortunately, premium earphones of Beats provided in the sales package Sensation XE and XL are not found in the package belongs to One S.

In One S, CnwinTech also found a camera with attractive features such as the One X. When running this feature, users will immediately see the viewfinder area. On the right there is a blue button to access the selection effects and shortcut towards gallery.

On the same side, users will also find the shutter button and the video recorder. This means that photo camera mode and video recorder are now united, and not only that, users can even record video and take pictures at the same time.

The camera also features continuous shooting, which allowed users capture multiple images with a single press of the shutter button.

There are interesting from the process of making body One S. For an ultra-matte black color, the production begins with a 6000 series aluminum materials are also commonly used for the fuselage and then through a process Micro Arc Oxidation (MOA).

This special process, will use 10,000 volts of electricity, equivalent to the lightning power which enough to turn aluminum surface into ceramic. Not only make it look more attractive, it also makes the process has resistance 5 times stronger than aluminum aircraft maker and 3 times stronger than stainless steel.

While for gradient gray that CnwinTech try, One S body fabrication through anodizing process that produces the color gradation from light gray to gray darker without using paint.

Not just this time, HTC design makes CnwinTech put attention to their products. But this time feels more special because One S is the thinnest smartphone HTC’s until now and also are made from the best quality materials.

Not only beautiful from external, One S also offers performance satisfactory. In dual-core class, One S even be said to have the best performance. From the benchmark tests results using Quadrant Standard app, One S even got a better score than the LG 4X HD Quad Core processor.

You can check our store if you are interested to buy this new Review HTC One S, Competitive Performance behind Classy Design with great deals and other parts accessories there. You can also click the Shop Now button below to buy it from external vendors. 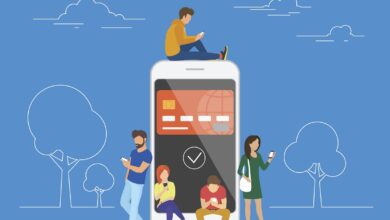 Get The Perfect Phones For The Job 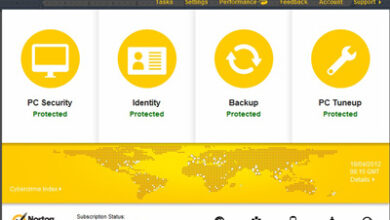