The Review Samsung Galaxy Tab 2 10.1 P5100. As the tablet market leader in several countries, Samsung unveiled two tablets at once which directly carry the Android 4.0 Ice Cream Sandwich. Both of these tablets are Galaxy Tab 2 7 inches and 10.1 inches. In accordance with its name, Galaxy Tab comes with two 10.1-inch screen that pretty much 10.i as a successor of Galaxy’s first-generation 10.1-inch Tab. So, what are the advantages offered by a tablet that was released with a price of about US $530 is?

Design of Tab 2 10.1 looks similar to Galaxy Tab 2 7″ which comes first. The tablet in which CnwinTech trials come with gray on the back and black on the screen frame.

In contrast to Tab 2 7″ which second speakers located below, speaker at Tab 2 10.1 located on the left and right. With speakers laying on both sides, making sound output even more optimal.

Samsung logo placed right below the screen, so it can be concluded that the default position of this tablet is landscape. While above its screen, there is a VGA front camera for video calls.

The power button which sitting on the top-placed side by side with the volume control buttons, slot micro SD card audio port, and SIM card slot. At the bottom of the body, there is only a proprietary Samsung port charger, you can also function to transfer data to a PC. Unfortunately, the HDMI port was also absent from the tablet, should be this one.

In order to run applications smoothly, Samsung equips Tab 2 10.1 with a 1GHz dual-core processor and 1GB RAM. The difference if the first generation, Samsung uses processors made by Nvidia which only equipped with a single-channel memory controller.

While in this second-generation, Samsung chose to use a processor made by Texas Instruments which has a dual-channel memory controller to obtain a better ability to handle multitasking and video decoding.

Although from the slightly better performance, but in terms of power consumption, Tab 2 10.1 more power-hungry. Unfortunately, in terms of battery capacity that carried did not have increased that still in the amount of 7000 mAh.

Not much different from the Honeycomb, the main page of Tab 2 10.1 decorated with rows of virtual keys back, home, recent apps, screenshots, and arrow. The difference if the older OS, you can only see applications that run in the background, while here you can also close running applications simply by shifting an application icon to the side.

In the lower right corner of the screen, there is a notification bar, while in the upper left corner you will find a shortcut to access the Google search box. To get into the menu, you’re simply touching the top right corner drawer section. Menu icons laid out by 8 x 5 formation if held in landscape position.

To supporting image preservation, Samsung equips Tab 2 10.1 with a 3.15-megapixel fixed-focus camera that unfortunately has not been equipped with flashlights.

Bunch additional settings such as self-portrait, shooting mode, scene modes, exposure value, timer, effects, and so on have been embedded also by Samsung.

For the results of the picture itself, quite clearly when outdoors. However, Byers will see a lot of noise when used to take pictures of objects indoors. Even so, it thus not a problem considering tablet functions are more used to playing games or typing.

The sound effects and equalizer were also embedded by Samsung. The audio player can play various audio formats commonly used. When you play audio files, the interface will be divided into three screens consisting of a filter on the left, albums in the middle, and now playing on the right side.

While for the video player, you will be greeted with an interface that gives you the option for sorting videos stored in a thumbnail view, list, or folder. Tab 2 10.1 itself can play various video formats up to full resolution HD1080p. CH.5.1 effect is also present in its video player. You can also choose 3 full-screen modes: normal, fill, and stretch.

Unlike its predecessor, Tab 2 1.10 adds the ability to make phone calls and send SMS. You can also make video calls via 3G to use the VGA camera in front.

While sending an SMS, there are two panels on the left side that displays SMS contact and message contains details on the right side that appears in chat mode.

Browsing the web with Tab 2 10.1 you can do via a 3G connection and Wi-Fi. An android browser that had also been supported, flash player.

For the purposes of Data transfer, Samsung only equips Tab 2 10.1 with a data cable that’s too bad, using a special port in Samsung rather than a micro USB port such as tablets or other modern cell phones. By purchasing an accessory USB Connection Kit, Tab 2 1.10 can actually be used to read flash.

In addition to data transfer via cable, you can also use the data transfer via Wi-Fi or Wi-Fi Direct. Meanwhile, if you want to play videos, listen to music, or view photos from other DLNA devices that are in a hotspot, you can use the AllShare application.

Office applications, Polaris Office, were also present to support you in completing work tasks. You can open, edit, and create a new document format doc, excel, and PowerPoint.

S Suggest and Samsung Apps have also been included to allow you to choose and get applications that best suit your device made by Samsung.

Whereas when tested using the nenamark app earned 29.6 fps points. Meanwhile, 18.6 points were achieved by Tab 2 10.1 when tested with Nenamark 2. Points are slightly more superior above the Galaxy Tab first generation due to similar GPU embedded.

The arrival of the latest Android system update used by Samsung to launch new products, one of them by launching Samsung Galaxy Tab 2 10.1. Coming with specs and features similar to his brother Galaxy Tab 2 7″, Samsung seems to just make the screen size as a differentiating factor. This will certainly give the impression that Samsung products tend to be monotonous and slow innovation. However, the presence of this new tablet will certainly continue to attract consumers, considering the price is quite light in the pocket.

You can check our store if you are interested to buy this new Comprehensive Review Samsung Galaxy Tab 2 10.1 P5100, The Latest Software with Increased Performance with great deals and other parts accessories there. You can also click the Shop Now button below to buy it from external vendors. 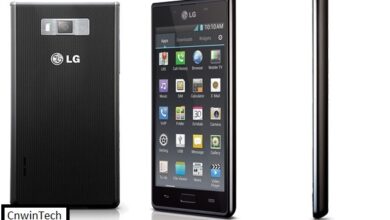 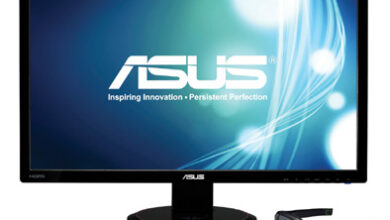 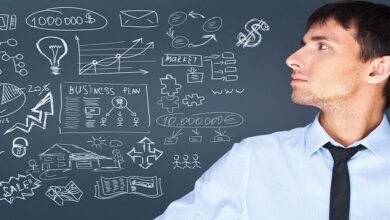 ACA Leads to Increased Need for IT Professionals