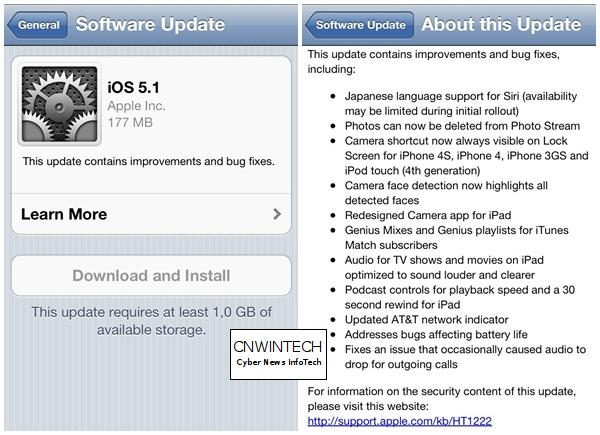 In October 2011, Apple brings iPhone 4s along with the launch of the new IOS 5, but many users who complained about Apple device battery life would deteriorate rapidly after the update. Is it because the iCloud feature that synchronizes a continuous basis, or the performance of IOS 5 is working hard to reduce the battery life?

The latest update IOS 5.1 back presented by Apple, which this update was launched simultaneously with the presence of The New iPad. For those of you who use Apple devices, you only need to do a direct update Over The Air from the device, via the menu Settings, General, and select Software Update. 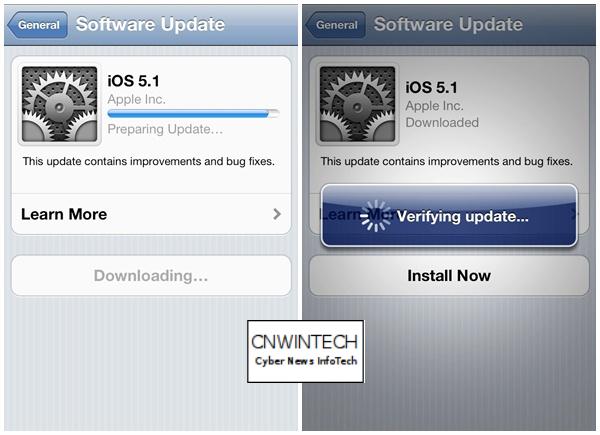 You need enough space to update the file size around 177 Mb for the iPhone or approximately 199 MB for the iPad. However, Apple asks you to give about 1 GB of free space for the update installation process. Do not forget to connect your Apple device with a WiFi network to make it easier when you download the IOS file 5. 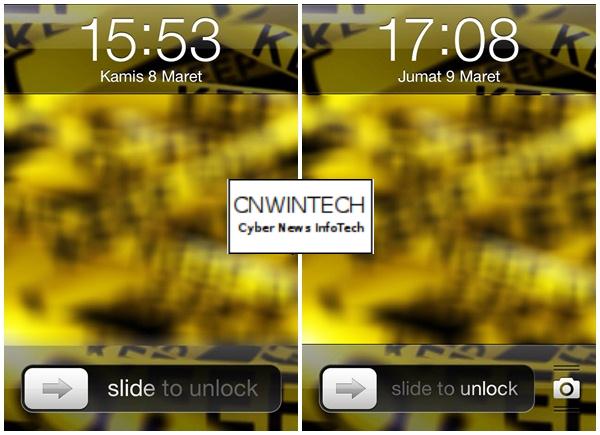 There are changes that could easily be seen IOS 5.1 is fast access control to record the moment, there are additional key positions at Lock Screen, where you can hit and can take pictures directly. You can also view your photos in quick results, Apple was still closed off access when you press the button just to see your existing photo collections before shooting, so keep your photos in the locked position. This only occurs on a device iPhone / iPod, while on the iPad device, the addition of this key is not found on the Lock Screen. In IOS 5, feature photography can also be done quickly by pressing the home button 2 times, but with updates on IOS 5.1, this is not required.

From the information obtained by CNWINTECH about the IOS 5 update say about the improvements in Apple’s battery life. But along with the test we did, the update does not seem to give a significant effect, even some of the user including CNWINTECH feel that this update make more battery life drain on Apple devices.

CNWINTECH testing while on standby position, typically providing maximum performance for a full day of use on the iPhone, but with the update, it seems sufficient to reduce the period during outdoor use. While testing on the iPad, it is unlikely to give meaning to significant effect because only through WiFi connectivity, similar to iPad devices.

What about the other CNWINTECH readers? Is IOS 5.1 update provides additional power and improved durability compared to IOS 5?

TAG Heuer RACER, the most luxurious Android Phone in the World 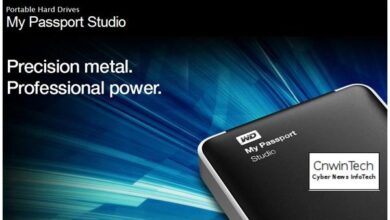 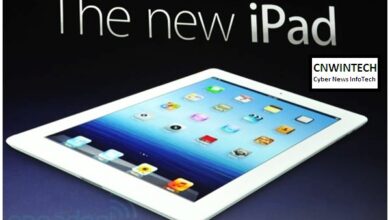 7 Reasons Why Using a MacBook Is More Intuitive